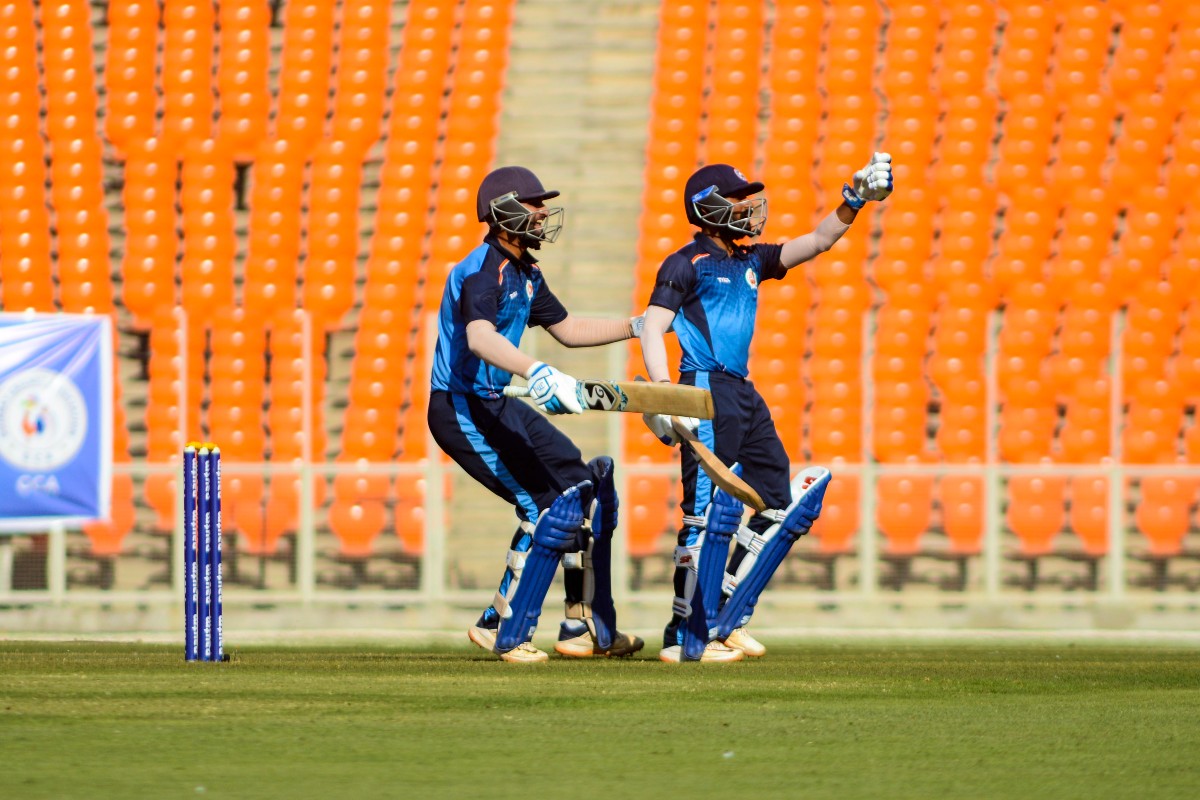 Vishnu Solanki helped Baroda pull off a last-over heist against Haryana with a sensational 71, which included a six off the game’s final ball, to fire his team into the semi-finals of the Syed Mushtaq Ali Trophy here on Wednesday. Baroda first restricted Haryana to 148/7 in the third quarterfinal, and then it was Solanki, who hammered four fours and five sixes in his 46-ball unbeaten knock to get his team over the line after 18 runs were needed off the final over. In the evening game, Rajasthan bowlers held their nerves as they defeated Bihar by 16 runs, in their quarter-final.

Haryana had brought down the equation to 23 off 12 balls for Baroda and their skipper Mohit Sharma (0/30) conceded only five runs in the penultimate over to make the equation tougher for Baroda.

However, 28-year-old Solanki had other plans and took on medium pacer Sumit Kumar (1/37) in the final over, hitting two sixes and a four, to script an eight-wicket win for his team.

However, Himanshu Rana (49 off 40 balls) and Shivam Chauhan (35 off 29 balls) rallied the innings with their 80-run third wicket stand. While Chauhan hammered three fours and a six, Rana’s knock was laced with seven boundaries. However, in the 15th over, pacer Atit Sheth (1/27) broke the stand after Chauhan gave a sitter to Vishnu Solanki.

The bowlers did well to restrict Haryana below the 150-run mark despite a 16-ball unbeaten 20 from Sumit. For Baroda, off-spinner Kartik Kakade (2/7) was the pick of the bowlers.

Kedar Devdhar (43 off 40 balls; 2×4. 2×6) and Solanki added 68-runs for the second wicket as they took the game deep. The duo initially took time to settle, but then changed gears.

However, Sumit Kumar broke the stand by dismissing Devdhar. Solanki then took the onus on himself and took their side home in company of Abhimanyu Singh Rajput (13 not out).

In the evening game, Rajasthan, who opted to bat, rode on Mahipal Lomror’s 37-ball unbeaten 78, to post a competitive 164/5.

Lomror, who took Bihar attack to cleansers, hammered five fours and as many sixes. Openers Bharat Sharma (38) and Ankit Lamba (38) too played their parts to perfection. For Bihar, skipper Ashutosh Aman (2/31) and debutant Suraj Kashyap (2/28) were the pick of the bowlers.