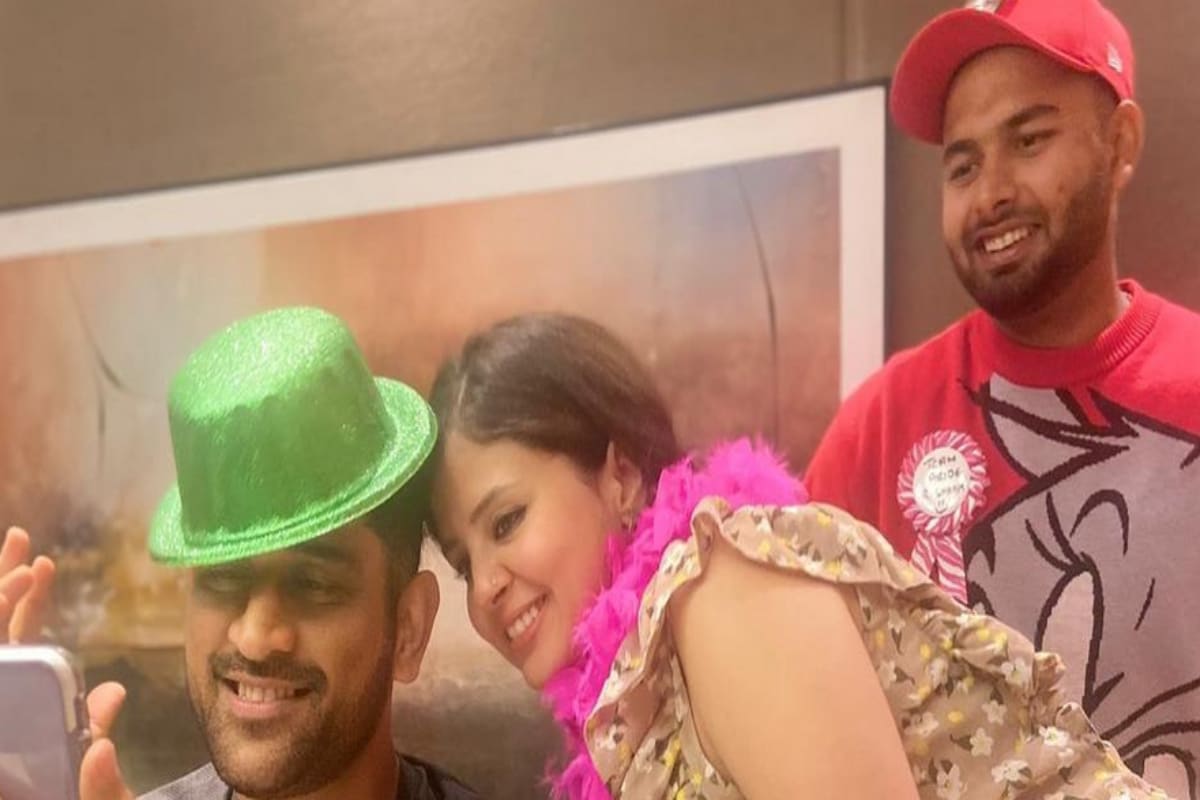 There was a time when Rishabh Pant was often compared to arguably India’s number one stumper: MS Dhoni and booed. Even as India was having a great home series against West Indies and South Africa in 2019-20 season, Pant was having a horrid time. Crowd, media alike were going after him. MS Dhoni had  set a high standard for Pant to stand upto and he was often found wanting. But the 23-year-old is an interesting character. He didn’t let these things come between him and his mentor of sorts: Mahi.

Days after landing in India, Pant decided to chill with none other than India’s captain cool. In a snap posted by 39-year-old’s wife Sakshi, Pant was seen having a great time with the couple.

Earlier Pant revealed how things got bad for him after 2019 World Cup.

Pant talked about his disappointment after India crashed out of the World Cup 2019 losing to New Zealand in the semi finals. In a chat with Sports Today,he said, “I was not happy that I couldn’t win the game for my team. My career hit a low after the WC, but then slowly I started increasing my focus towards the game because there is always scope for improvement in life.” He added about realising that”there is no limit to how much you can improve.”

In the match against New Zealand, Pant managed to score just 32 runs. India suffered early setbacks in the match but a valiant innings from all-rounder Ravindra Jadeja helped the team come back in the run chase. Jadeja scored 77 runs from 59 balls. He and Mahendra Singh Dhoni, who scored 50 off 72 balls, made a partnership of 111 runs. It was not enough though and India ended up losing the match by 18 runs. Apart from that, the 2019 World Cup semi-final ended up being the last limited overs international match of MS Dhoni.

These anti-aging foods that will make you look younger! | Health News

COVID-19: When to rush to the hospital | Health News

These anti-aging foods that will make you look younger! | Health...