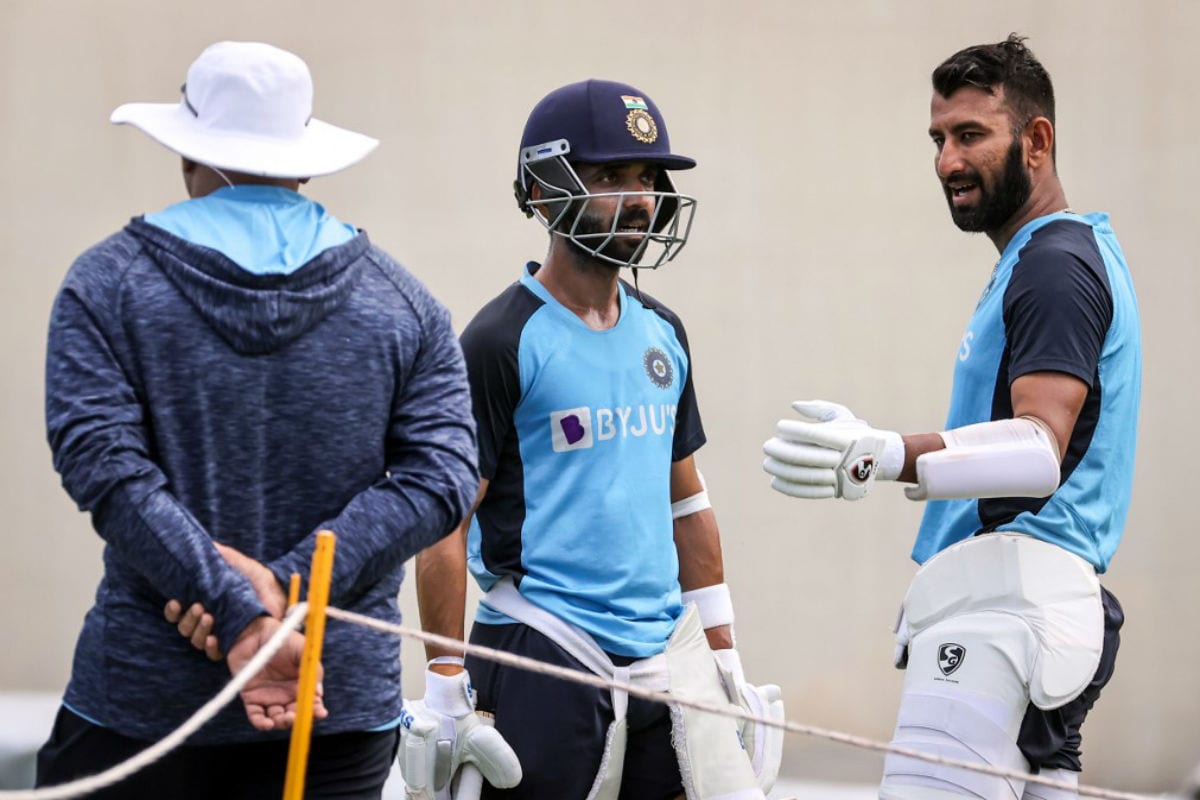 India vs Australia 4th Test News at Brisbane Live Updates:Smith, meanwhile, is making headlines for wrong reasons and has earned the ire of Indian fans. Smith defended his act in the Test – in which he was Man of the Match – saying he was just doing it out of habit. “I have been quite shocked and disappointed by the reaction to this,” Smith himself had told the Daily Telegraph. “It’s something I do in games to visualise where we are bowling, how the batter is playing our bowlers and then out of habit I always mark centre.”

India’s weakness in the lower middle-order batting as well as bowling could present an opportunity to all-rounder Washington Sundar in the fourth and final Test that begins at the Gabba here on Friday. The right arm off-break bowler and left hand batsman, who has played 21 T20 Internationals but just one ODI and no Test, stayed back as a net bowler after the white ball series in which he played all the three T20 matches. The early hints of his inclusion came on Wednesday when he did everything at the nets at the Gabba. He bowled and batted for a reasonable amount of time. With KL Rahul returning home due to a wrist injury and Mayank Agarwal hit on the hand at the nets, India face a dilemma as they look to bring in someone to replace Hanuma Vihari, who injured his hamstring during the third Test and is unlikely to play at the Gabba as the No. 6 batsman. There is talk that Wriddhiman Saha could come in as a specialist wicketkeeper and bat at No. 7 while Rishabh Pant could play as a pure batsman at No. 6 with Agarwal in at No. 5.

But if Agarwal is unfit or if India think of bolstering their bowling as they may not have the services of Jasprit Bumrah and could even feature a semi-fit R Ashwin, it may prompt India to go for someone who can bat and bowl a bit much in the mould of Ravindra Jadeja. In case India bring in Sundar, the eleven may be: Rohit Sharma, Shubman Gill, Cheteshwar Pujara, Ajinkya Rahane, Rishabh Pant, Wriddhiman Saha, Washington Sundar, R Ashwin, Mohammed Siraj, Navdeep Saini, Shardul Thakur/Jasprit Bumrah/T Natarajan. The line-up with Washington Sundar will ensure that India’s batting runs till No. 8 while they will also have five bowlers.

If they choose to bring in Agarwal, they will definitely have a quality batsman but they will feature a bowler less. India’s pace department without Bumrah, who is under an injury cloud, could at best have a combined Test experience of four matches as compared to Australia’s 150. And if spinners are included, Australia’s experience shoots up to 249 Tests against India’s 78, including that of off-spinner R Ashwin. In case Ashwin is not fit to take the field, and Chinaman Kuldeep Yadav does, India’s combined bowling experience would at best be an abysmal 10.

Who is Eligible, How to Apply and More