NEUFC Look to Stay in Playoff Race vs ATKMB 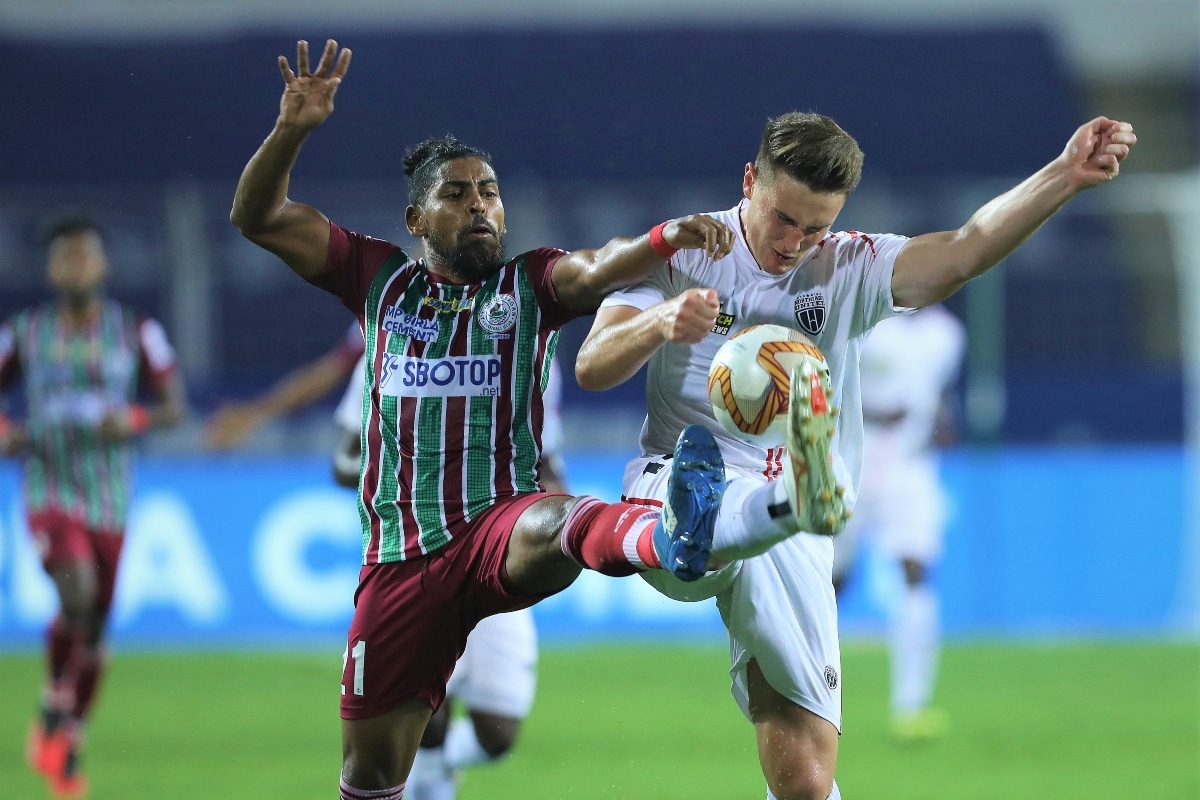 NorthEast United FC snapped a seven-game winless run in their previous game as they defeated Jamshedpur FC 2-1 in what was their first game since head coach Gerard Nus’ sacking. Now, they will be looking to get their fourth win of the season and a second on the trot when they face ATK Mohun Bagan, who edged out Chennaiyin FC in their previous encounter. ATKMB have won two, drawn two and lost one in their last five matches and after a stoppage time win over Chennaiyin, they would want a more confident and solid win over NEUFC.

NEUFC’s new acquisition Deshorn Brown from Bengaluru FC had scored the winner in their previous game and they will be hoping he can continue on that front. “It’s a different style to what Bengaluru play,” Brown explained, ahead of the clash with ATKMB. “I think we will get more scoring opportunities here. I like the style and it will do better for me in the long run as well. The difference is that these guys, they tried to penetrate down the middle as compared to Bengaluru. At Bengaluru, they try to go out wide and play crosses, but the delivery of the crosses is not great which makes it really difficult for the strikers to score.”

For ATKMB, it’s all about keeping in pursuit of Mumbai City FC in the hope that they will slip up. Antonio Lopez Habas’ men left it late to win their previous encounter game against Chennaiyin FC and the Spanish coach understands that NEUFC will present a tough challenge as well. “I think the team played well for 90 minutes against Chennnaiyin,” he said. “The players understood that we needed to win the game. We changed the system of how we play and under this new system, it was possible to score more goals. We have to give respect to our opponents and we have to be at our best to win the match,” Habas added. “They are a difficult opponent. They have good players and they will make it difficult for us.”

NEW DELHI: Athletes who are competing in the National Junior Championships, starting this Saturday in Guwahati, will not be provided even drinking water...
Read more
Sports