After battling age-old traditions of Indian weddings, an Indologist and Priestess Nandini Bhowmik has significantly emerged as a woman whose modern cultural beliefs have triumphed over conservative norms of the traditional Vedic wedding. Laden with critical knowledge of Sanksrit, Nandini practices priesthood along with three more strong women, ‘Shubhamastu’ in a quest to change the preconceived notions which state only Brahmin men can perform religious rites. Challenging patriarchy at every step, Nandini has been hustling back and forth, motivating everyone to accept the modern beliefs of the 21st century that prompt the role of women as priestesses who deserve the same respect and honour as Brahmin priests. ETimes Lifestyle reached out to Nandini about her marvellous journey so far, and it was nothing short of finesse. In a captivating conversation, she opens about her persuasive and determined spirit to urge women to never stop at anything. Read on:

Can you shed light on the work that you do as a priestess?


Everything changes with time, isn’t it? Once a little girl is married off. Her face is covered to such an extent that no other male person other than her husband, can see her face for the rest of her life. Once the vermillion is put on her parting, immediately her face is covered. She has to feel shy because this society is asking her to.

Why should we, in the 21st century feel shy after the wedding? Like this, there were numerous instances that have led me to research Indian wedding rituals. Along with me, Ruma, Semanti Di and Poulomi wanted to do something through our passion and forming our like-minded group, ‘Shubhamastu’ made it possible. Ruma and I are Sanskrit students and so, we sat down with our ancient texts to find out about respectful things women could do and so, we picked only such suitable portions. Semanti Di and Poulami sat down with songs, mainly those of Tagore’s and other relatively modern Bengali songs, which speak of a harmonious existence where there will be no discrimination among anybody. This is what our focus is regarding the priesthood. 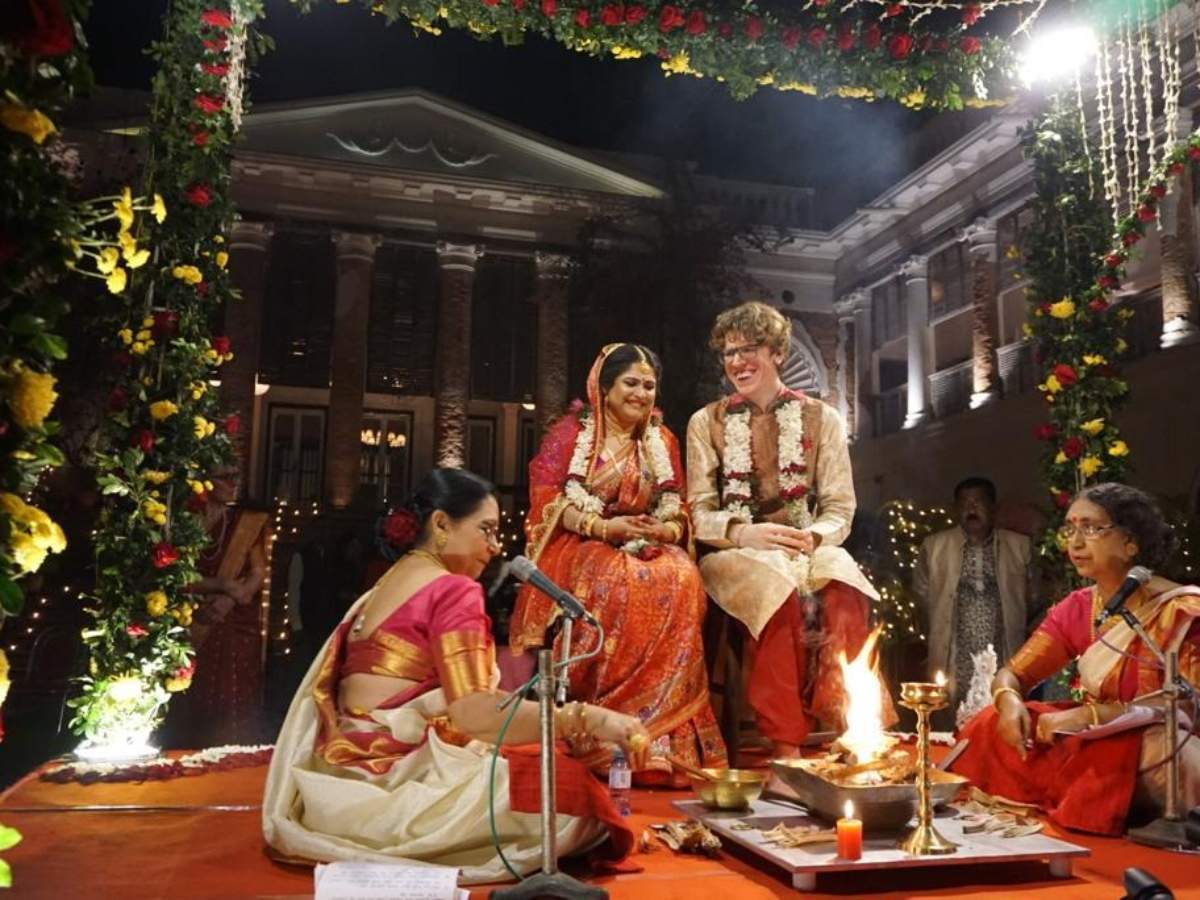 You mentioned Shubhamastu, so how did all four of you come up with the name?


We were all trying to find out something which will match our focus, work and like-mindedness and society, of course. We wanted to show society that we are new priests. In this time, where people are fighting over disharmony, we are always fighting over discrimination in regard to religion, gender, caste or economic position. So if we say Shubham-astu, ‘let there be wellbeing for all.’

You and the members of Shubhamastu do not announce your surnames while introducing yourselves in ceremonies. Why is that so?


In our society, many people believe that, if a priest is not a Brahmin, then somewhere there is a hint of paap (sin), punya holo na aar (it cannot be pure). And we are against all this. Times have changed, we cannot discriminate a person by the caste that person belongs to. To this day, our title still defines our caste in society. And for that reason, we suddenly decided that we won’t use our titles when we are priests. We should be known just by our names and our work. That’s all. 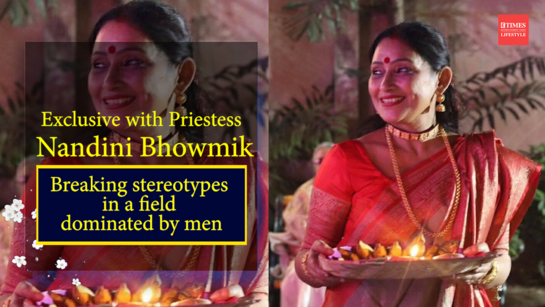 What was that exact moment of inspiration or ‘push’ you needed to pursue your work as a priestess?


It was my teacher in college, Professor Gauri DharmaPal. She has formulated a very concise and simple version of the Indian, Bengali Vedic wedding. Me and Ruma, both of us were students in college, studying Sanskrit Honours and so, Gauri Di asked us both to learn this procedure from her. It was so nice that she had selected us amongst her old students!

I was also extremely interested because my daughter’s wedding was barely a few months away. And I wanted to be a priestess at my child’s wedding. That was the immediate push that made me a priest. And that was how we begin.

So, we named our organisation, Shubhamastu. And the journey began with a fairly very modern and contemporary approach to the traditional method of religious and social functions. We mainly base our services, like, first, we began with only weddings, then we have scripted out, Paralokik Kaaj—the homage to the departed, AnnaPrashan—the first rice-eating ceremony, and Griha Pravesh—house warming ceremony. We do all these four. And really people like our service! That’s all I have to say.

Can you briefly describe the challenges and the stigma you faced when you started with all of this?


The main problem that we faced in the beginning, was that people took us very lightly. There was not much prestige and honour when we visited places to offer our service as priests. People were not acquainted with such things; you cannot blame them. This is a very long, age-old tradition and suddenly, if you come up with such a new idea, you can’t expect people to accept that. So, you have to be very patient.

We just performed on very few occasions, and male priests did not consider us to be so important. Also, our clients; I had to spend hours to convince and explain to them the purpose and objective of the work. And in the beginning, I failed on many occasions and it was very disappointing.

Now, we are very happy that the world and society are changing. People are now accepting our purpose. We also wish for many people to come up with such ideas. If you’re confident with your learning, then why should only a Brahmin be a priest. Anyone can do that. But the knowledge has to be very in-depth. That is the primary focus. 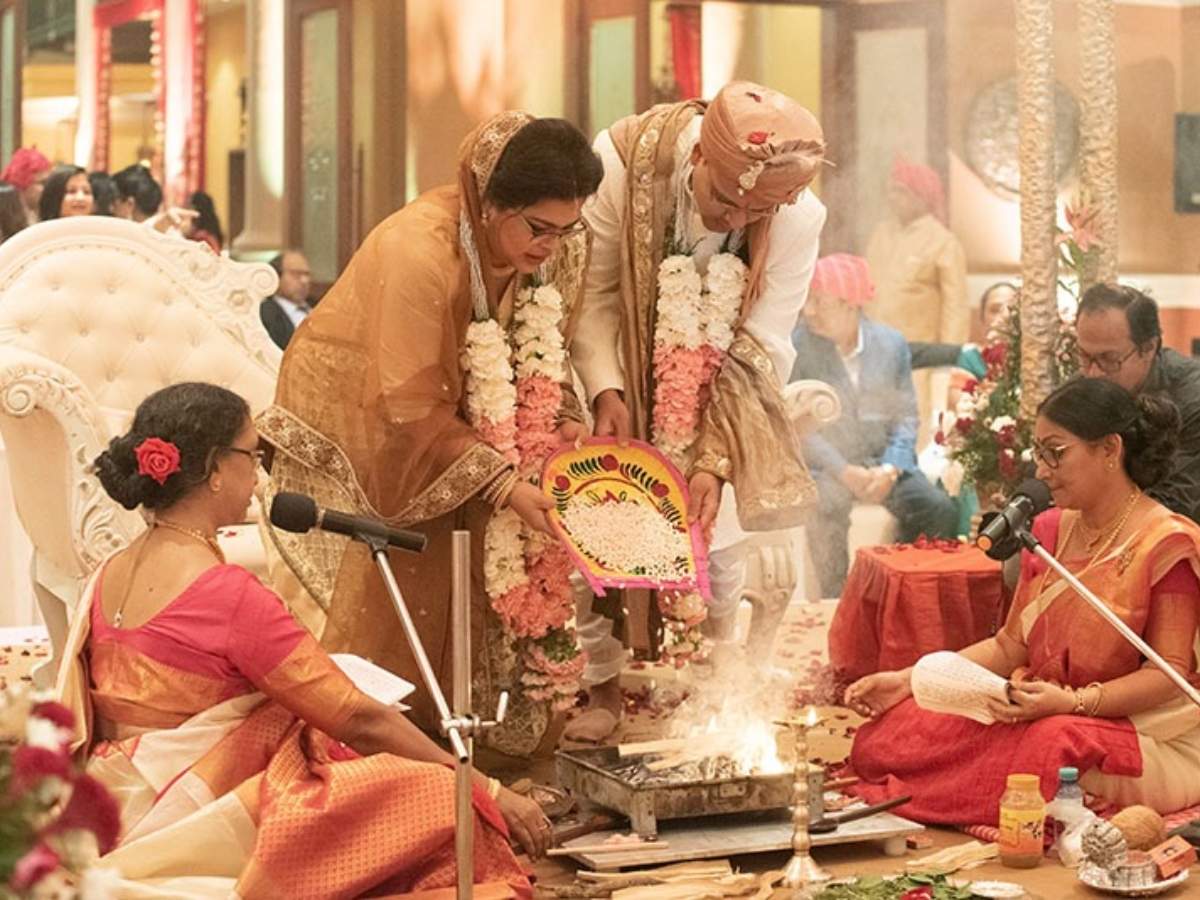 Speaking of change, it is said that with time, Hindu scriptures have been altered to a great extent that the current belief is women cannot perform God duties. What do you have to say about that?


The main objection that we have always faced for a very long time is that we, women are not pure for four to five days a month. While menstruating, women cannot worship, do Puja or are barred from any religious activities. This cannot fit in the 21st century. Not at all. This is a natural process in our system. This is nature.

Further, I should say, a woman should celebrate menstruation because that is why she becomes a mother. Those motherly qualities inside her make her a very revering person. So how can a woman be impure? Purity cannot be defined in that way. If you lie, trick, hate or even hit somebody, then you are impure.

How have the people surrounding you, especially your family helped you in this incredible quest?


Actually, I have grown up in a very progressive family, especially my grandmother; her ideas were far ahead of her time. That’s what inspired me and I knew that with changing time, we have to progressive.

And now, my family including my husband, children and their in-laws are all very supportive. In the beginning, they were a bit sceptical since I was going against many things and could be potentially inviting trouble. They were worried about me just because they are my near, dear ones. But after such a long journey, they are proud of me. Now, both my daughters have been married by my priesthood. And I am very lucky that both the in-laws have respected me as a priest. 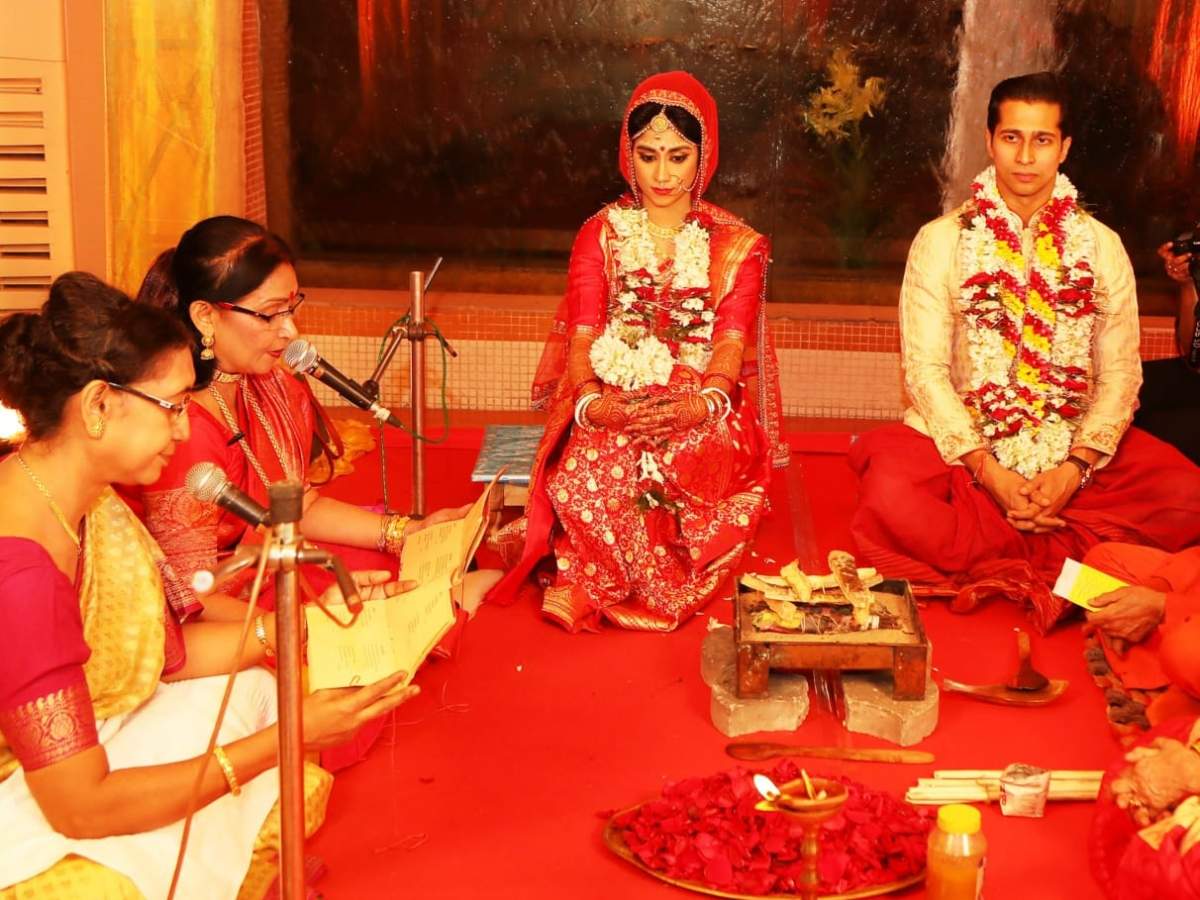 A Bengali film released last year where its main protagonist’s character has drawn inspiration from you. How much of an achievement and happiness did you feel?

It was a delightful experience. Really. It was like a baby who was growing old and then became an adult. I was so happy! But then the lockdown happened because of COVID and the film could not run in theatres for a long time. But still, the theatres were packed last year! Now, the film has been introduced into digital channels and oh my god! every day, I get a call regarding how inspired everyone felt. So, you know, when a very well made film communicates your objective in a commendable way, then your work becomes easy. A film has a great reach into the urban and rural audience as well. It’s very encouraging, now that we have reached into nooks and corners of rural Bengal.

Recently, at actress Dia Mirza’s wedding, a woman priestess did the wedding rituals. Do you think this will influence others to take this path as well?


Sure. In fact, not only are the families willing to get their children married in this way, but many women are coming up with the ambition of becoming a priestess. This is a very welcome change in society. Numerous women wish to become priests now. Women can take up the traditional ritualistic training in the priesthood; there is no problem, but only one i.e they have to maintain that harmonious balance so that no woman is looked down upon in any rituals of a social event.

Also, I think I should mention another very important point.

Since we have been doing such pathbreaking work regarding the erasure of discrimination in the priesthood activities, we have introduced yet another new concept—most of the money from the honorarium we receive from our clients are donated donate to a social cause. We want to get this message to every family who is willing to involve in such priesthood activities. Weddings anyway are now celebrated with much pomp and grandeur and so, a lot of money is being spent. Every person ought to donate a very small amount to the underprivileged. My clients are very happy that, through us, their money is being contributed to social service.

Exclusive: How to cope with the death of a loved one during COVID-19 pandemic | Health News

A guide to steer clear of monsoon diseases | Health News

How our immune system may help prevent miscarriage | Health News

Exclusive: How to cope with the death of a loved one...