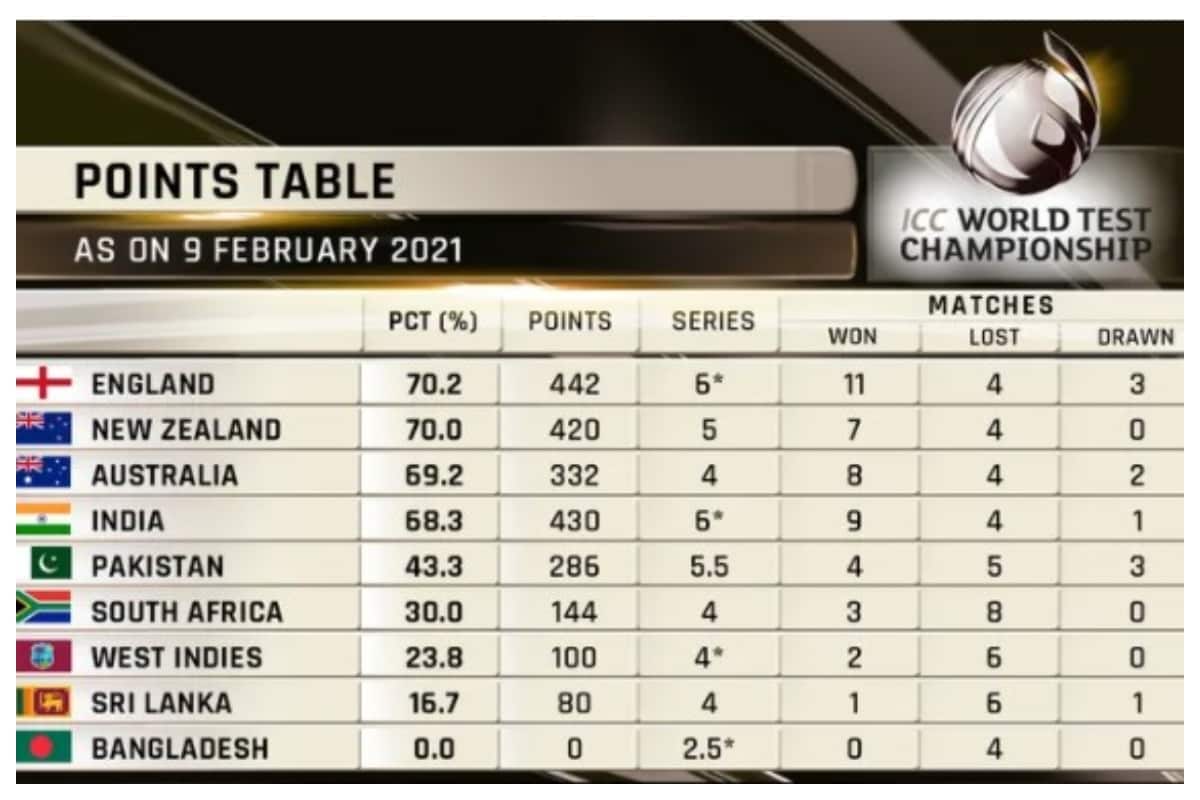 England’s win in the first Test against India at Chennai, has made a huge difference in the World Test Championship points table. The 227-run win has forced England to move top of the pack with 70.2% of points, while India has slumped to fourth at 68.3. New Zealand, by the looks of it, has already qualified for the final, that is scheduled to be played at Lord’s in June 2021.

Here are the qualification scenarios: 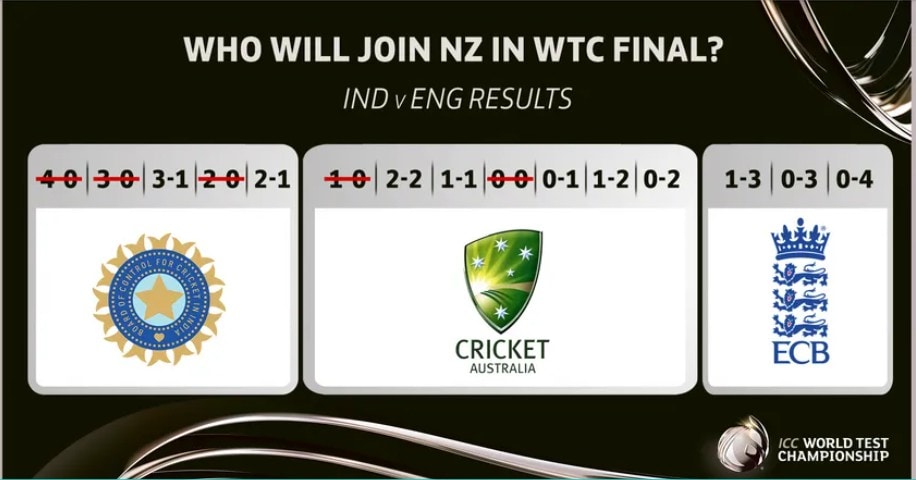 India are still the favourites to make it to the final despite the loss in the first Test here. Now they either need to win the series 3-1 or 2-1 against England to go through.

There is a tough road ahead for England, as they need to beat India, rather convincingly in the series with a margin of 3-1 or 4-0 or even 3-0. If that happens, they will go to the finals.

With no more matches to play, Australia are dependent on IND-ENG series. They would be hoping that India doesn’t win more than one match. That means they are still in a strong position to qualify.

In-form England on Tuesday thrashed India by 227 runs in the first Test here at the MA Chidambaram Stadium here, and took a 1-0 lead in the four-match series. After setting India a 420-run target, England bowled India out for 192 in 58.1 overs, with left-arm spinner Jack Leach taking four wickets and speedster James Anderson three.

After winning the toss, England had scored 578 in their first innings and India posted 337, conceding a lead of 241. In their second innings, England made 178 and set a 420-run target for India. The second Test will also be played here, from Saturday.