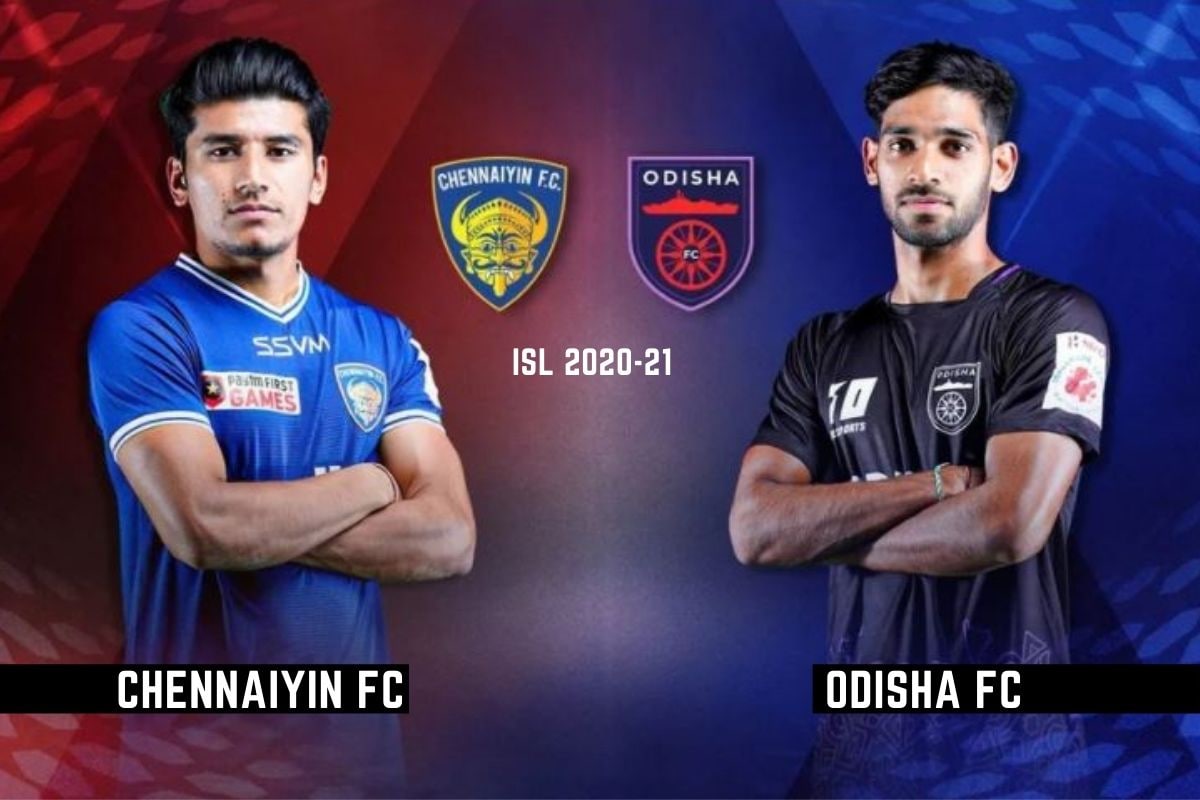 ISL 2020-21 Live Score, Chennaiyin FC vs Odisha FC Latest Updates:  Woefully out of sorts this season, former champions Chennaiyin FC would look to revive their fortunes when they face bottom-placed Odisha FC in an Indian Super League match on Sunday.

Things are not looking pretty for Chennaiyin with just one win in their last eight games. They are at the eighth spot with 10 points from nine games with two wins, four draws and three draws.

To make matters worse for the Super Machans, captain Rafael Crivellaro has been ruled out for the season due to an ankle injury. Head coach Csaba Laszlo would be desperate to return to winning ways and he would be hoping to do that against Odisha FC who had their own winless rut broken recently.

Chennaiyin are going into the match after their worst display of the season, a 1-4 defeat at the hands of Hyderabad FC on Tuesday.

“I think the last game’s performance was bad. We made a lot of mistakes. After this game, everybody in my team has to go and think about it. We have to analyze the mistakes and we have to go back to where we were before,” said Laszlo.

Chennaiyin’s foreign players have dished out underwhelming performances so far. They have just three goals between them, the lowest by any foreign contingent. Laszlo will hope for more from them against Odisha.

Odisha head coach Stuart Baxter’s team, meanwhile, will be hoping to pick up from the 4-2 win over Kerala in their last match on Thursday.

They may still be rooted to the bottom of the table, but a win over Chennaiyin will take them to within two points of their opponents. They also seem to have found an unlikely creative force in Jerry Mawihmingthanga, who now leads the ISL charts for assists along with Hugo Boumous.

“It’s important to the degree that we needed to get those three points to give the players the belief and the confidence to continue the roll around,” said Baxter.

“The players did a fantastic job in retaining their confidence and their belief despite the results being against us sometimes quite unluckily. But, we do need that to gain a little bit of momentum and now hopefully, we can kick on.”

When and Where to Watch AFC vs GKFC Telecast, Team News