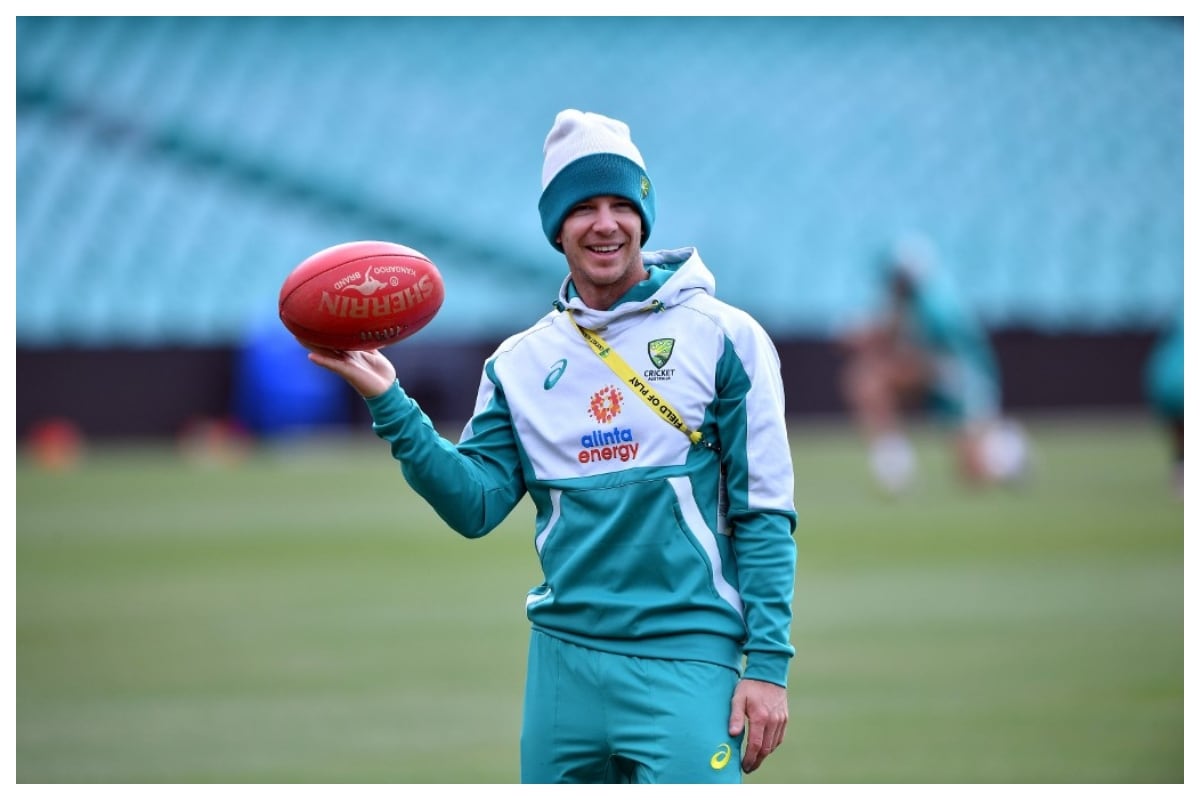 The cricketing world has seen him keep wickets for most of his career. However, on Sunday, playing for the University of Tasmania, Australia’s Test captain Tim Paine showed his bowling prowess. Not just that, he had also opened the bowling against North Hobart in Cricket Tasmania Premier League final. And unlike the other part-timers, who bowl only a few overs, Paine bowled his full 10-over quota, finishing with 1 for 60.

Paine took the wicket of Tom Rogers, who scored 52 off 73 balls, at a very crucial stage of the game. Rogers had added 114 run with Hobart captain Caleb Jewell, who finished at 112 off 105 deliveries.

Brent Costelloe, a Sports Journalist, posted a clip on Twitter in which Paine is seen bowling medium-pace. He captioned the video a “Public Service Announcement”.

Cricket fans on Twitter enjoyed the sight of seeing another wicket-keeper batsman bowl.

THERE IS NOTHING HE CAN’T DO!!!

THERE IS NOTHING HE CAN’T DO!!!

Australia’s test captain had a rough outing in the recently concluded test series against Indians, who despite injuries to several established players, finished on the top. Even though he got two fifties with the bat, he could score only 204 in 8 innings at an average of just over 25.

Paine had a tough time behind the wickets as well, leading to many, including former Australian speedster Mitchell Johnson, saying they weren’t sure if he would start in the 2021-22 Ashes against England.

However, Paine is neither the only Australian nor the wicketkeeper to have rolled the arm over. Many modern greats, including former Indian captain Mahendra Singh Dhoni and Australian legend Adam Gilchrist had tried their hand at bowling. Gilchrist bowled off-spin in his last match for Kings XI Punjab in the Indian Premier League, 2013.

Remarkably, Australia’s best wicket-keeper sent India’s Harbhajan Singh back to the pavilion off his very fistball.

Dhoni, on the other hand, handed his keeping loves to Dinesh Karthik in a match against West Indies in the 2009 Champions Trophy. His only ODI wicket, Travis Dowlin, came in the same game.

Weight loss story: “I had eggs twice a day and lost 25 kilos in 4 months”