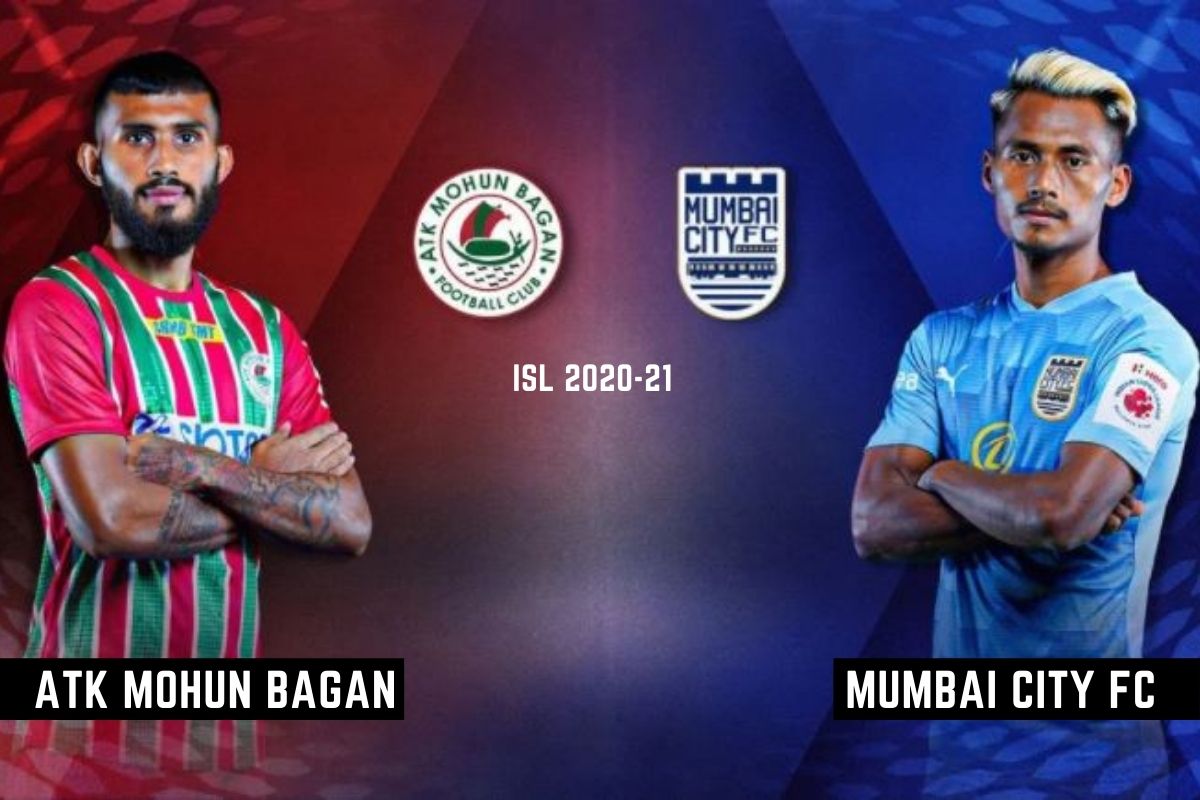 ISL 2020-21 Live Score, ATK Mohun Bagan vs Mumbai City FC Latest Updates: Leaders Mumbai City FC would look extend their eight-match unbeaten streak when they take on ATK Mohun Bagan in a top-two clash of the Indian Super League (ISL) 2020-21 on Monday. Mumbai City have been on a roll, notching up seven wins and a draw in their last eight matches after losing their opening game. They have collected 22 points from nine games to be on top of the table.

ATK Mohun Bagan are two points adrift of Mumbai City with six wins, two draws and one loss. They are also on a five-match unbeaten streak. The clash of the top two teams could set the tone for the second half of the season. Not only bragging rights are at stake, but the fight for top spot could also get even feistier with Asian Champions League qualification being the biggest incentive before the play-offs roll in.

Having scored 16 goals so far, Mumbai City have the best attack in the league. They have scored at least one goal in their last eight games. ATKMB undeniably have the best defence, having maintained seven clean sheets in nine games, and are yet to concede a goal from open play this season. While the stats indicate the match would be a battle of attack against defence, ATKMB coach Antonio Habas brushed aside such thoughts. “I don’t think Mumbai is a team that only attacks. They have good progressional play and counter-attacks. It’s difficult to stop their team because they always play forward,” Habas said.

“I think it’s going to be important but not a crucial game. It’s just halfway and in this competition anything is possible. Anything can change in a short time. The most important thing is now to keep our focus and improve our game, he said. Though there are no injury concerns for the Spaniard, he will miss the services of Ahmed Jahouh, who received his second red card of the season. “Jahouh is an important player but I have a very good squad. Most important for me is teamwork. It’s not about individuality. We are good players but you need to work as a team,” said Lobera.

“When you finish one game, the next game is the most important game. The situation is the same for tomorrow. It’s going to be difficult as we are going to play against a good team. ATK Mohun Bagan are doing a good job,” he said.